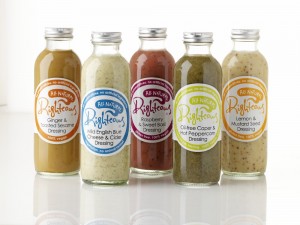 As AnnMarie explained last week, equity-based crowdfunding has huge potential to help startup or small business owners raise capital from lots of supporters. Crowdfunding can also validate a business idea and simultaneously build a customer base. Creating a successful campaign, however, requires some savvy, and savvy comes from experience. For many, the first crowdfunding campaign has to succeed – small business owners can’t spend time running multiple semi-good campaigns just to gain experience. Luckily, it is possible to learn from other people’s experiences instead of relying on our own.

1.    Gem started validating her idea before she started the campaign.

Gem already had some supporters before she started her crowd investing campaign. She had asked strangers whether they would buy a vegan, chemical-free, great-tasting salad dressing. She had already tried the product in a few stores. People had already tested the product, and supported the brand. Guess what? Those were the people who invested first in the company.

That surprised Gem. “I was thinking it was more of friends and family that were going to be participating, but I was so amazed that people have heard about the brand and wanted to be able to be part of it.”

2.    Gem’s company idea was easy to explain and easy to understand.

Everybody gets the idea of an all-natural salad dressing. Crowdcube CEO Darren Westlake explains, “People invest in things that they can understand.” He says, “We’ve had a lot of success in consumer products that have been in supermarkets…people can understand those; they’re very simple.”

Take note: crowd investing isn’t for all companies. Westlake explains, “We’ve had a few kind of scientific, more complicated businesses on the site and people just don’t understand them; if you don’t understand them, you’re probably not going to back them because you can’t feel confident in your investment.”

3.    Gem had planned what she would do with the crowd’s investment.

Righteous intended to launch a TV and radio ad campaign with the crowd’s invested capital. The comapany’s clear vision made it easy to take quick, cost-effective action after the crowdfunding campaign was over. The advertising campaign made listeners want to try the product and helped Righteous break into more supermarket chains.

There was never any question around the destiny of the crowdfunded money. It wasn’t just for administration or odd projects around the office. Gem had a plan, and Righteous executed on the plan once their crowd funded it.

In summary: Righteous had a simple, easy-to-understand idea. They tested that idea in the market before pursuing expansion, and their crowd investment campaign was only part of their larger strategy.

The Righteous example offers some great lessons for designing your own crowd investing campaign; soon, business owners in the United States will be able to seek crowd investment just like Righteous did. Any startup or small business owner can go start preparing their pitch right now at one of many companies including earlyshares.com. Also, anyone, regardless of income, can sign up to invest so that when crowdfunding for equity is legal in the U.S., they are ready to get in on the ground floor of innovative new businesses.