Host Sinclair Noe interviewed Kim Wales, the founder and CEO of Wales Capital and CrowdBureau, on his daily radio show during December 2015. Ms. Wales and Mr. Noe discussed the Securities and Exchange Commission releasing the final rules for Title III, Regulation Crowdfunding of the JOBS Act on October 30, 2015. Their interview spans current views on what is happening in the marketplace, opportunities for investors to make their money work for them and how small businesses can find investors for their company.

The market will not open until May 16, 2016. Ms. Wales reported that the SEC’s vote resulted in allowing people of all income sizes the ability to participate in equity and debt crowdfunding using a registered funding platform or a broker dealer; both will be registered with FINRA.

Companies can now raise up to $1 million in a 12-month period and individuals can invest more flexibly in businesses using Title III by adhering to investor protection rules for investment limits. The playing field is now more leveled across the capital markets. 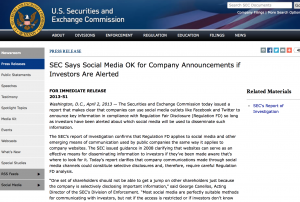 On a warm Fall, October evening in New York, some of the securities crowdfunding industry pioneers, advocates, policy influencers and solution providers gathered at the Law offices of Pepper Hamilton for Dara Albright’s Regulation A+ event.  David Weild, the founder of Issuworks and former ex-Vice Chairman of NASDAQ, closed the evening with an impassioned message about what steps are needed to spur capital formation that will  start moving money into the hands on entrepreneurs and main street investors.

Unlocking the capital markets for small cap and mid cap businesses using the JOBS Act, Title IV (Regulation A+) is top of mind after 7 years of stagnant economy. This has become the mission for everyone in room such as Brian Korn (Pepper Hamilton), Peter Einstein (Crowdfund4All), Sara Hanks (CrowdCheck), Douglass Ellenoff (Ellenoff Grossman and Schole, Kim Wales (Wales Capital and CrowdBureau), and Sam Guzik (Guzik & Associates), Chris Tyrrell (OfferBoard) and Manolis Sfinarolakis (Crowd RealityTV) to name a few.  However, Weild was very clear in his messaging, “NASAA is doing incredible harm to the economy and they need to stand down.”

The North American Securities Administrators Association (NASAA) is a special interest group that represents state securities regulators. Ironically they have taken an anti-business / anti-investor approach by attempting to block Title IV (Regulation A+) of the JOBS Act – otherwise known as Reg A+. Regulation A+ includes the biggest opportunity presented by the Securities and Exchange Commission’s (SEC) proposal for preemption of State Blue Sky in 40 years. In addition, qualified purchasers can invest up to 10 percent of their net worth. Finally, Title IV of the JOBS Act increases the offering limit from $5 million to $50 million in a 12 month period.

NASAA aggressively lobbies Congress and has hired high powered attorneys to stop state blue sky preemption for certain private placements. Small businesses creates 64% net new jobs for the economy which is the vast majority for U.S. and should be the engine for economic growth. However, at play is protecting revenue stream and power at NASSA; that is thwarting the opportunity for small and emerging business to thrive and survive.

In addressing NASAA’s concerns, Weild aptly points out that state regulators will continue to have anti-fraud laws which they can use but calls their present stance “laughable”. “If you want to stop all fraud lets just stop all business …We all know that is not the right answer,” says Weild.

While there are clearly members of NASAA that disagree with this anti-business policy for now the group has paradoxically taken a position that is to the detriment of the economy. Weild also tackles other issues that are in need of regulatory change, including tick size reform, that are bogging down small cap IPOs.

David Weild’s closing address is a must watch for Anyone who is pro-economy and pro-small business :

In the keynote address, McHenry discusses: 1). the state of play in Washington; 2) outlines the three Titles of the JOBS Act that he is passionate about; 3) provides three leg stool for Regulation A+; 4) offers an explanation about why are we working through the question of Capital Formation?; 5) provides key take away; 6) Q&A:

State of Play: Gridlock in Washington, based on the work product witnessed or not witnessed by the American people. The JOBS Act is the most significant re-write of securities law in the last 80 years.  There is greatest hope for capital formation and economic sustainability is built into Title III – Regulation Crowdfunding so long as Investor Protection and Capital Formation remain at the forefront of a developing robust marketplace.

Congressman McHenry highlights three Titles of the JOBS Act that he is passionate about and has tirelessly lobbied and advocated for on behalf of the American people and he remains hopeful that “right and just” will win at the end of the day.

Further, by implementing Title IV, this will allow for us to fix the question of securities based crowdfunding, more specifically equity crowdfunding because of great opportunities afforded the main street entrepreneur, retail investor, and risk takers. “In order to get this right, there are 3 legs to the stool of this alliance”, says McHenry.

3 Legs to the stool of this alliance:

Why are we working through the question of Capital Formation? Entrepreneurs may not be connected to the right side of the tracks to get financing for their companies. Delivering the entrepreneur to the marketplace and connecting them to the world of capital so that we can all live better tomorrow and have real vibrant economic growth!

Take Away: Communicate and Build Relationships. Make sure that we have connection with policymakers in Washington. The SEC has an open door policy — go to Washington and introduce yourself. Go to Capital Hill and get to know your U.S. Representative. If you don’t have relationships, go an introduce yourself, to your State Ccongressman and Senator. Inform them about sound public policy. Build these relationships!

Congressman Patrick McHenry takes the final question: Kim Wales, crowdfunding industry pioneer and founder of Wales Capital and CrowdBureau ask Congressman McHenry the last question: “You talk about lobbying our Senators and Congressman, but there is a lobbying group called NASSA that is an influential body as it relates to small securities offerings across all of the states. How do we balance the discussion with that organization and their influence on all of the states in terms of pushing this bill forward (Title IV – Regulation A+)?”

National Crowdfunding Experts, Kim Wales, Douglas Ellenoff, Zack Cassidy – Dorian and Jonathan Sundland share their views on where the big opportunity is in securities based crowdfunding within the next five years at the Feliciano Center for Enterpreneurship on the Montclair State University Campus.

The State of Equity Based Crowdfunding

August 24, 2014, 700+ days after the JOBS Act was signed into legislation, the SEC still has not released the final rules for Title III: Regulation Crowdfunding.

Over one year ago, February 19, 2013, the nation’s principal leaders and experts on equity and debt‐based financing providing an in‐depth review of the extensive build out and preparation that has taken place to help entrepreneurs’ access capital through online platforms, while protecting the investors who will finance these enterprises. The group touched upon the global advancement of equity‐based crowdfunding, the significant challenges entrepreneurs still face in accessing capital and why it is vitally important that the SEC finalize JOBS Act rule makings.

On January 7, 2014, host Bill Kearney explored the world of finance with Kim Wales, the founder and CEO of Wales Capital and CrowdBureau. They discussed the current status on the JOBS Act, the future and impact of equity and debt crowdfunding and new market opportunities.  Click the link to listen to the show.

The Securities and Exchange Commission held the Thirty Second SEC Government – Business Forum on Small Business Capital Formation on November 21, 2013.  Kim Wales, a sought after thought leader on the JOBS Act and Crowdfund Investing. Kim was invited as a panelist and provided a presentation that can be downloaded.

The Securities and Exchange Commission has conducted this forum annually since 1982. The event provides small business, their advisors, and their investors with an opportunity to share perspectives and views on a variety of topics important to them.  This is an effective way for the agency and its staff to learn more about the important capital formation issues that the small business sector is facing.

Click here for the Panel Discussion: Crystal Ball: Now that you raised money, what’s next for the company and the markets?